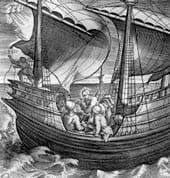 ‘For the greater glory of God’ is the motto of the Society of Jesus.

Colloquium:
A conversation or dialogue between people is one of the Foundational Ignatian insights . An expression of this would be the ‘Colloquium on the Ministry of Teaching’ where teachers spend a number of days together exploring teaching as a ministry.

Examen:
Also known as ‘examination of consciousness’ or ‘awareness examen‘, this structured review of each day, developed by Ignatius, is employed to discover God’s movements and action within one’s daily life.

Conversation,
Life-generating dreams ( id quod volo )
Helping others, and
Seeking and finding God in all things. 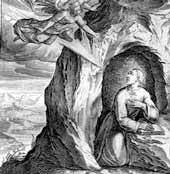 Something is said to be ‘Ignatian’ when it is grounded in the spirituality, ethos or world view of Ignatius. Thus some schools or religious orders describe themselves as ‘Ignatian’ but not ‘Jesuit’. Jesuit refers to that particular ‘Ignatian’ manifestation found in the Jesuit order (Society of Jesus) or in ministries owned and directed by them.

Loyola
Saint Ignatius was born in the town of Loyola in northern Spain.

Magis
The yardstick of Ignatius was always to undertake that which was ‘the better choice’, ‘the more effective enterprise’, ‘the more widely influential’. ‘meeting the greater need’, not simply because such a course was harder, but because it would yield ‘the greater good’ or be more loving. This is the essence of the magis.

Manresa
Ignatius gained most of his spiritual insights in this small village in northern Spain where he lived for a time after his conversion In some European countries ‘to make a Manresa’ means to go on retreat. 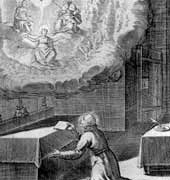 All the Jesuits in Ireland belong to the Irish Province.

Provincial
The Jesuit, for a six-year term, who is the leader of a Province of Jesuits.

Ratio Studiorum
The Ratio is a ‘plan of studies’ for Jesuit schools developed during the latter half of the sixteenth century and used universally in Jesuit colleges until the time of the suppression.

Repetition
A traditional Jesuit teaching methodology. It is the time afforded to reviewing a subject for a deeper appropriation and understanding of the material covered.

Retreat
A number of days (usually from three to thirty) spend in prayer/reflection with a director, often following the pattern of the Spiritual Exercises, frequently and liberally adapted for school students.

Society of Jesus
The English translation of the name of the Jesuit order. In Latin Societatis Iesu, in Spanish Compania de Jesus.

Spiritual Exercises
A retreat (usually for thirty days, broken up into four ‘weeks’) developed by Ignatius, which employs an ordered sequence of prayers and contemplations, often undertaken when the retreatant wishes to make a choice in life towards greater love and service of God.

Contemplatives in action
Ignatius ‘in all things, actions and conversations he perceived and contemplated the presence of God and had an affection for spiritual things, being contemplative even while in action – a matter which he explained by saying ‘God must be found in all things.

Friends in the Lord
The description that the first companions gave themselves when they were discerning the direction of their common life together.

Helping souls
This is one of the most frequent expressions to be found in Ignatius’ writings. By ‘soul’ Ignatius meant the whole person, so that people could be helped by proving food for the body, learning for the mind or provision of the sacraments.

Id quod volo
Ignatius stressed that in coming to prayer one should articulate ‘that which I desire’. Identifying one’s dreams and desires is one of the so-called Foundational Ignatian insights .

Men and Women for others
The phrase first appears (in a non inclusive form) in Jesuit General Pedro Arrupe’s letter to the international conference in Valencia (1973), where he exhorts all alumni to use their figts and talents in the service of others.